Get A Free Consultation

Platinum was founded in 2004, and has since built its reputation for providing customers with top quality buildings at very competitive prices. We give high priority to providing our clients with a superb building experience before, during, and after construction. We serve residents in Nolensville, TN and the surrounding areas. 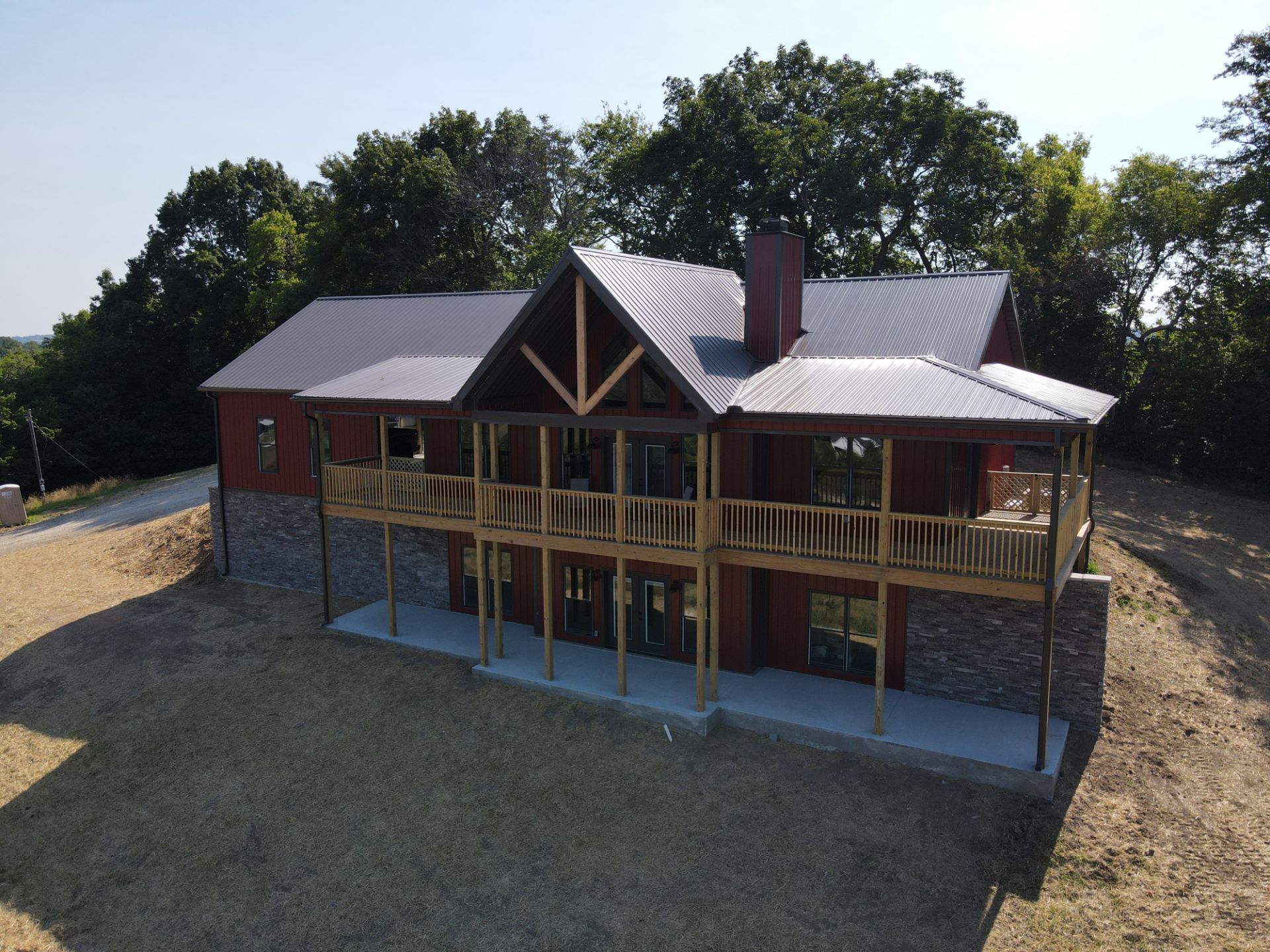 What our clients say about our services.

“I love this company! fabulous work on our 3 car garage. better than my expectations! the crew? outstanding – so polite and receptive just can’t say enough. any other work I need to be done I won’t hesitate to call Russell at Platinum!!”
- Margi's Chair
Could not be more pleased with their work. Large and small projects were great experiences from the initial meeting through completion. Excellent staff and workmanship. Cannot go wrong Platinum. A few more projects from us are headed their way.
- Mike Martin
Read More Reviews
Leave us a Review

Did an amazing job on the concrete patio! Highly recommend this company! Better than I expected at a reasonable price!

Russell and his crew were such a pleasure to work with, not only were they super efficient, their work is perfection. We had extensive dirt work done as well as a French drain placed to dry up a leaky basement. Platinum also brought back to life a couple of neglected barns, now they are stunning! Russell starts our pond in a couple of weeks, we’ll never use anyone else. Thank you Platinum!

Russell and his team were absolutely wonderful to work with. Our project kept changing as it progressed and we all worked together to make an outstanding result. We would definitely use them again and highly recommend them to anyone looking for hard working people who yield excellent results.

Platinum Renovations comes very highly recommended by me and my family! The entire home building experience can be stressful, but Russell and Mike were absolutely amazing! These guys and their staff were very welcoming and easy to work with…whether you understand what’s going on, or have no idea and are relying on their experience to guide you. As a single mom with no idea what i was doing and praying to find a good company that would not take advantage of that knowledge, i was blessed with these guys!! Amazing, hard working and beautiful end results!!!

Platinum Renovations is the only company I will ever use for any home improvement project. We had a 24×36 roof put over our patio and I am beyond pleased. Its exactly as we described to Russell Booth that we wanted. His crew is so professional and courteous. They showed up every day on time, cleaned the job site every evening and when the job was completed not one piece of trash, nails or debris was left. I highly recommend this company.

Russell and his team are top notch. I challenge anyone to find a better contractor. Platinum provided a 5* product at a very reasonable price. He also came in an fixed a problem another contractor had created for us (as an FYI, don’t ever use Carriage House and Waine Hicks out of Franklin). My wife and I couldn’t be happier with our new wrap around porch, garage, and new upstairs addition. A couple of specific great qualities about Russell, which matter a great deal to me that are worth mentioning. First, Russell is of high moral character and one of the nicest, “salt of the earth” people you will ever meet. Russell doesn’t make excuses. Our home addition had a lot of hurdles. Russell is a natural problem solver and a a “think outside the box” type of guy. He always figured out a solution without “hounding” us about it. Rarely did his employees or subs make mistakes, but the two times mistakes were made, he never made excuses. He told us about them and fixed them. End of story. Bottom line, Russell is a “doer” and not a “seller”. His quality of work and work ethic sells itself. He regularly showed up to our house and inspected every single part of the project. Many days, Russell was working along side his team, which really stood out to me and my wife. His employees often spoke highly of him and said that “no one worked harder than Russell”. While Russell is a great people and project manager, he literally can perform every phase of the technical work on a project (and as well as anyone). The dude can operate a trackhole and do some slick grading with a skidsteer, lay concrete foundations, do the plumbing, framing, etc. Bottom line, he’s a great GC because he leads by example. His team shares his same personal work ethic, professional conduct, and craftmanship.

Thanks again Russell, Mike, Mike and Spike and the rest of your crew! I’m sure I am forgetting a few others. Rhett

Russell and his crew did a great job on our barndominium. Project was completed in a timely manner and they worked well with changes that were made during the process. i would hire them again without hesitation.

Russell and his crew did a great job repairing our house after a neighbor’s tree fell on it. The job was done well and without wasted time. His crew was skilled and active. His cost was the best we got from 3 other estimates. We recommend him with pleasure.

We will make your dream project a reality

We look forward to the opportunity of working with you on your next building project, and add you to our list of satisfied Platinum customers.
Contact us today! 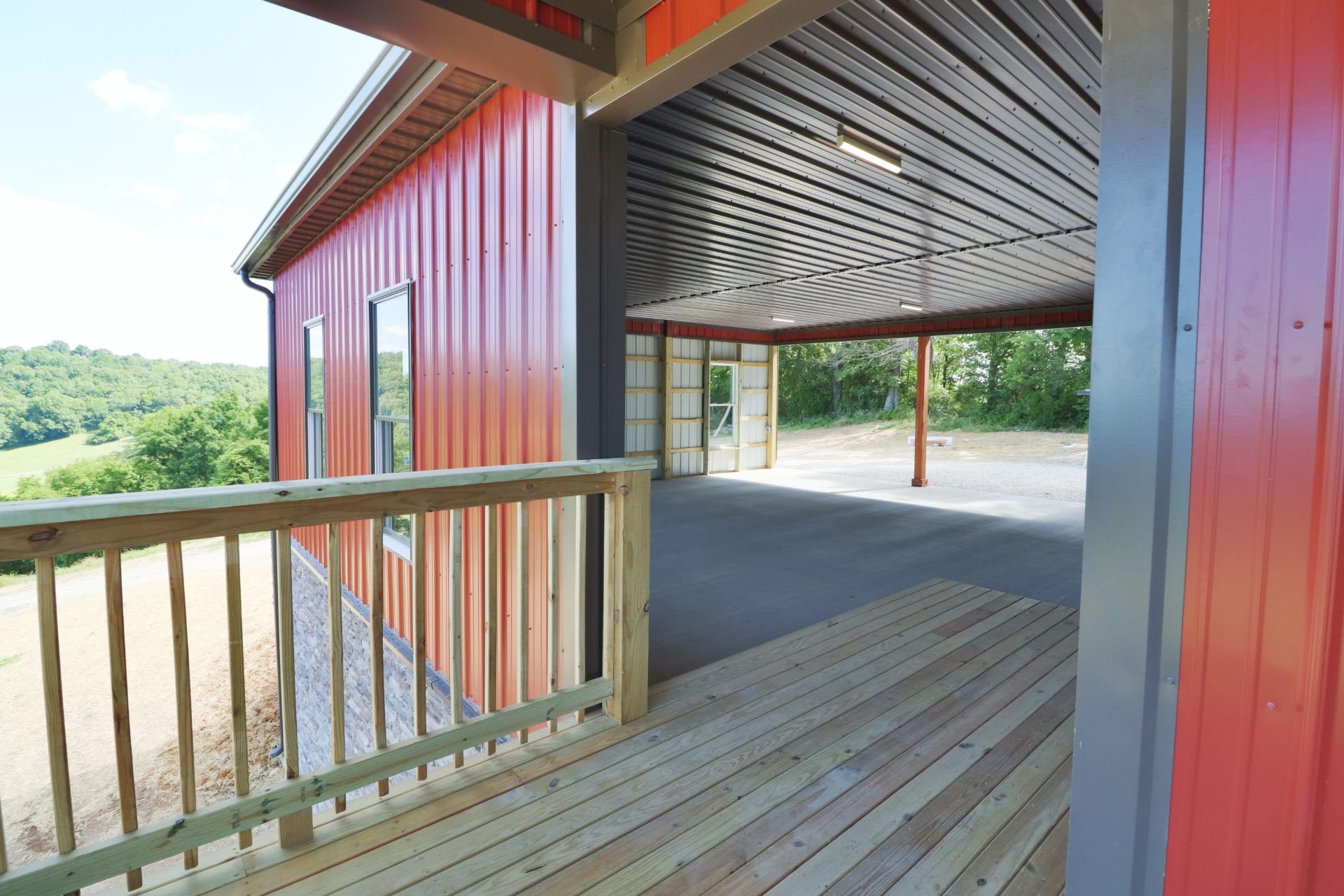 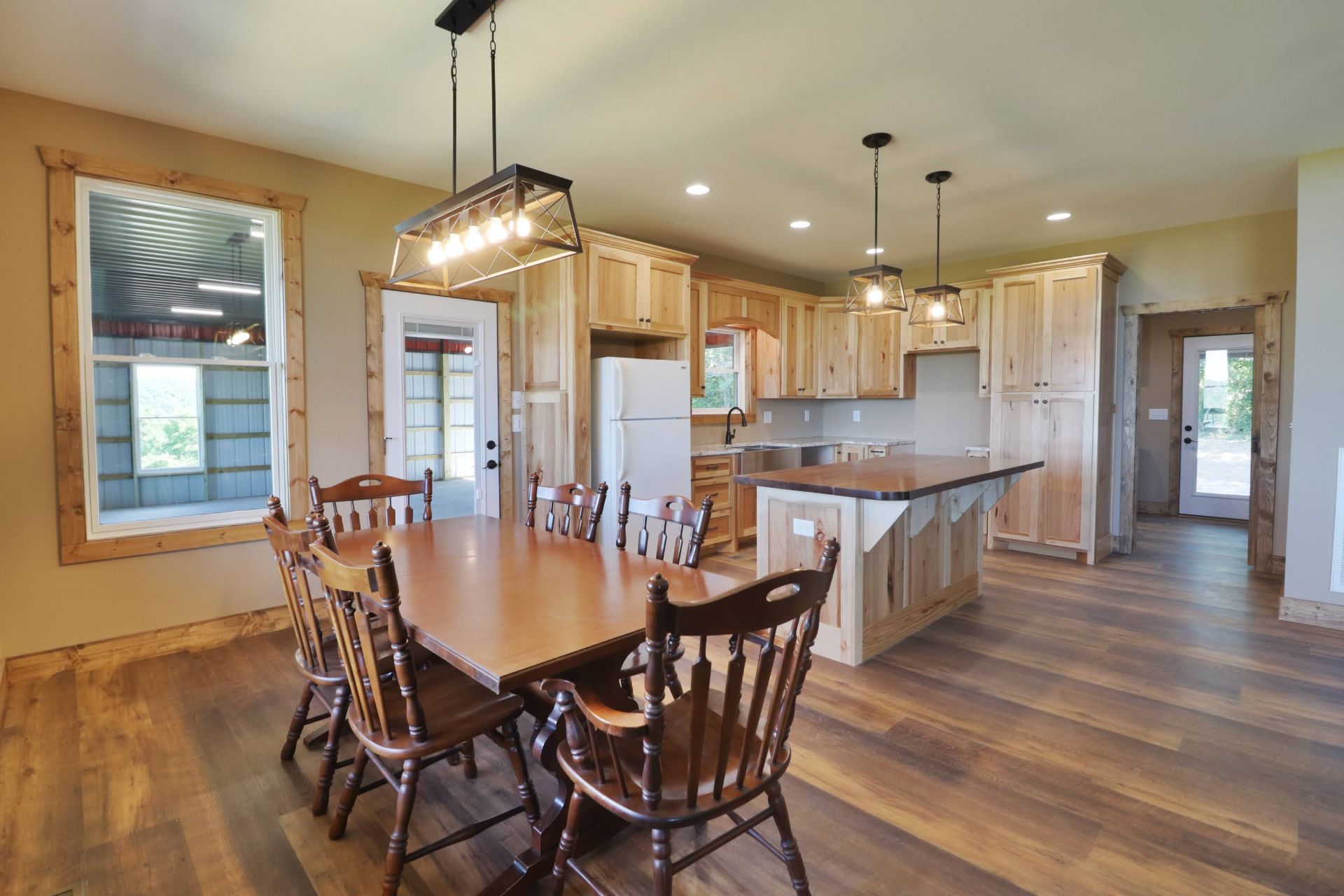 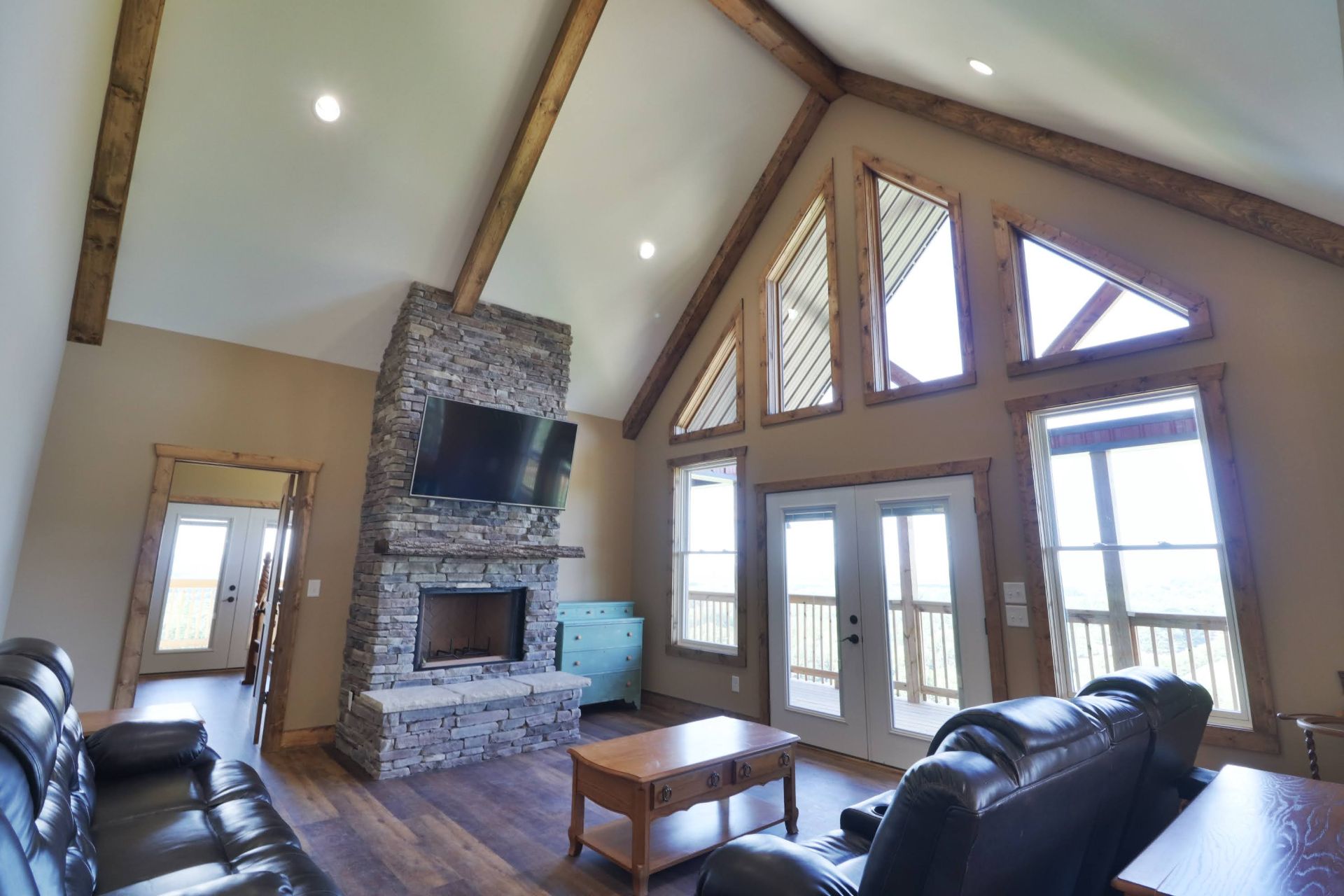 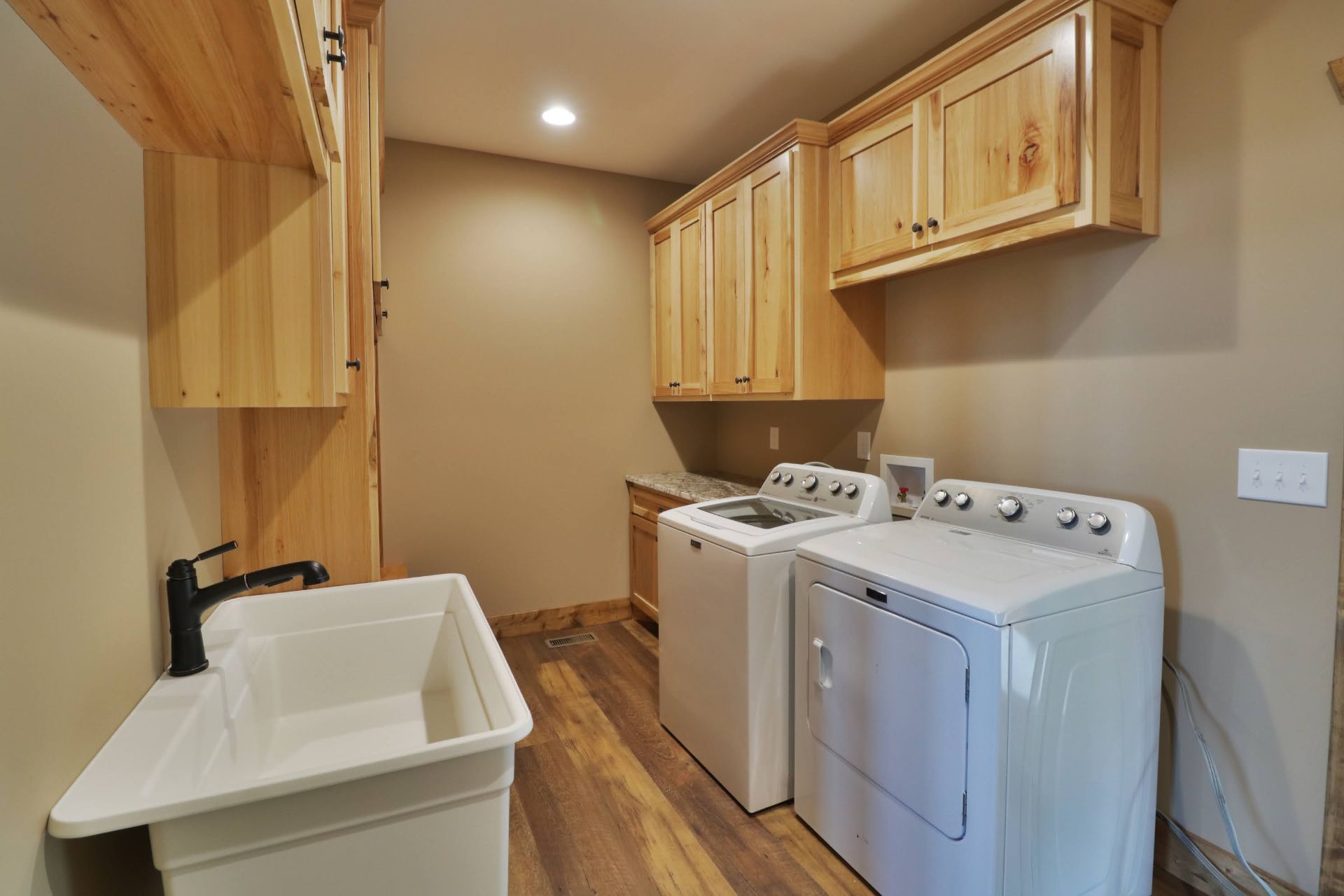